Great excitement yesterday at 'Clayton's Run'!
Damo came in at lunch time and said you'd better keep an eye on 'that cow' (he doesn't like to hold to their names) over the next 24 hours...
Some of you might remember the post about Charlie's Calf born a couple of months ago,
well Chocco was sent out with Charlie to the bull because Charlie had SO much milk
that we were concerned about mastitis.
The solution?
Take the calf (Chocco) out with her ~ No worries.
No worries
until
a few months later when we noticed that she was,
well getting rather fat!

(This was a little mistake as the bull was actually her Dad. ~ but that's OK isn't it?
I mean that's what all good studs do.
I have been told that its OK if its only first generation)
So I went for a quick walk out the front paddock.
Here is what I found:~ 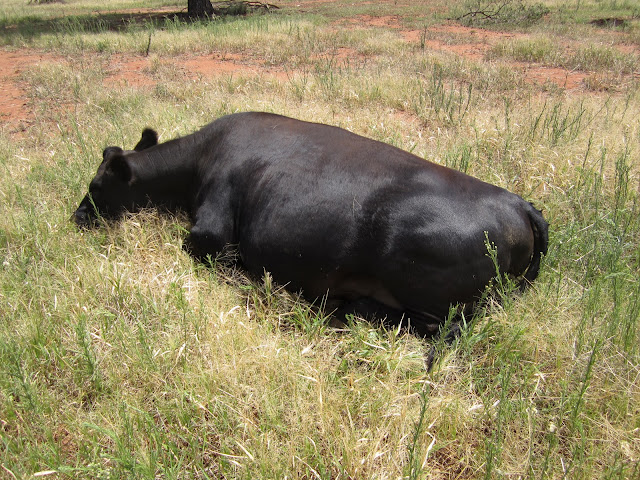 Poor little darling, she had no idea what was going on.

She looked at me as if to say it was all my fault.
I shook my head and said...
this is what teenage pregnancy is all about love... 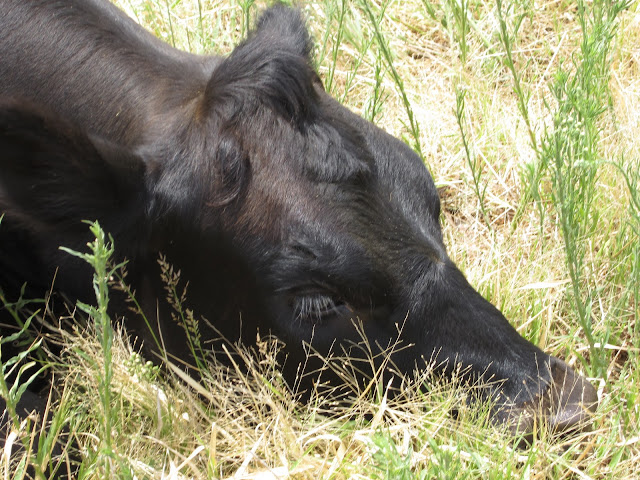 And then she stood up, yep!
Definitely a calf coming today!! 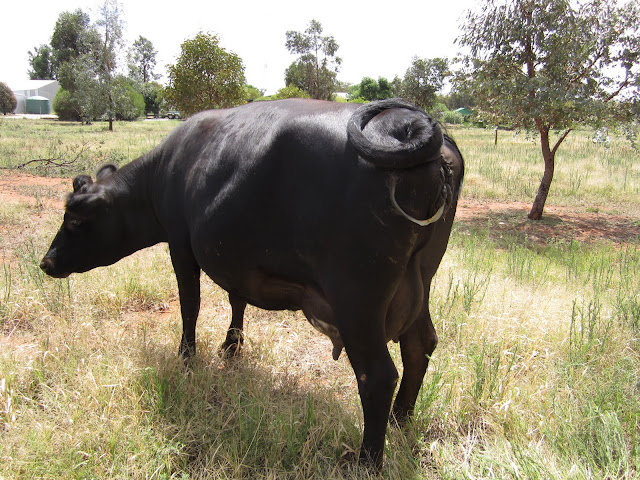 20 minutes later we went back out to see the progress ~
YAY! two little hooves. 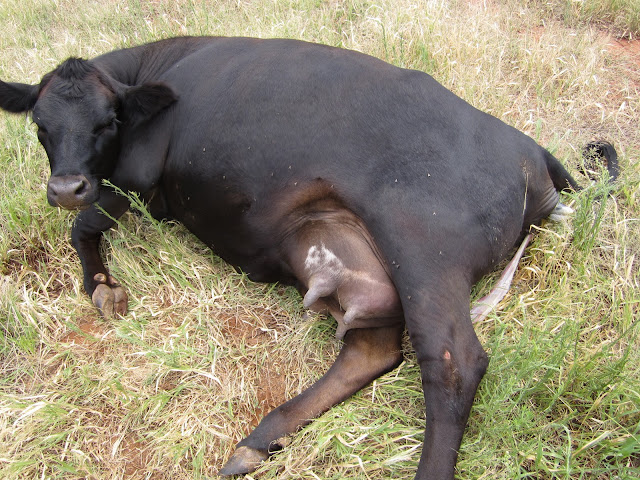 A little feel around to make sure that the head was facing the correct way. 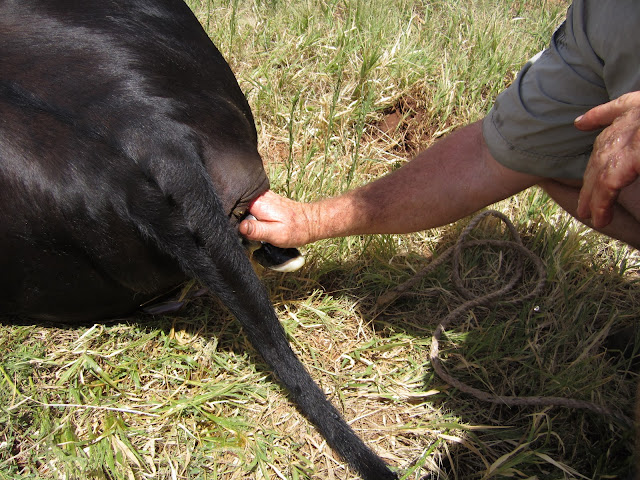 Damo decided that we had better give her a little hand.
So we got a bit of rope and a bucket of warm water.
Tied it around the little ones toes and PULL! 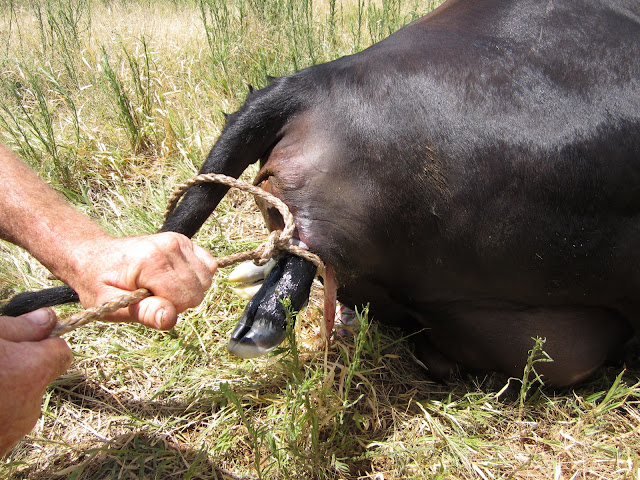 and PULL
you can just see the calf's tongue and nose. 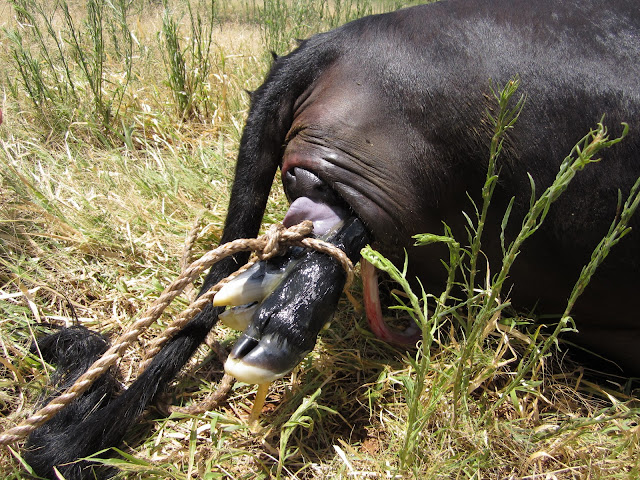 and PULL!!!
and out the calf slid! 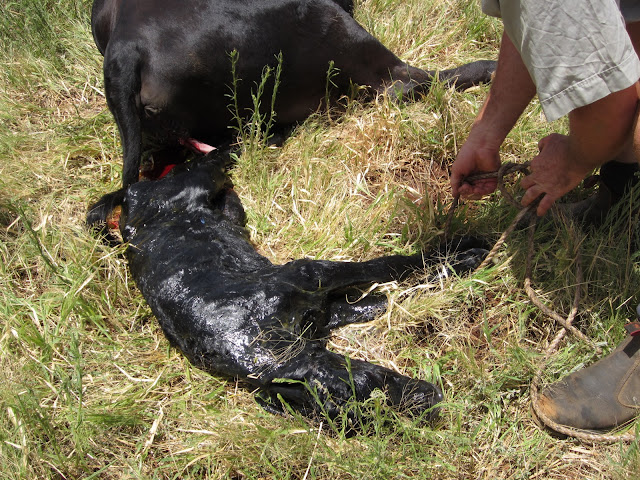 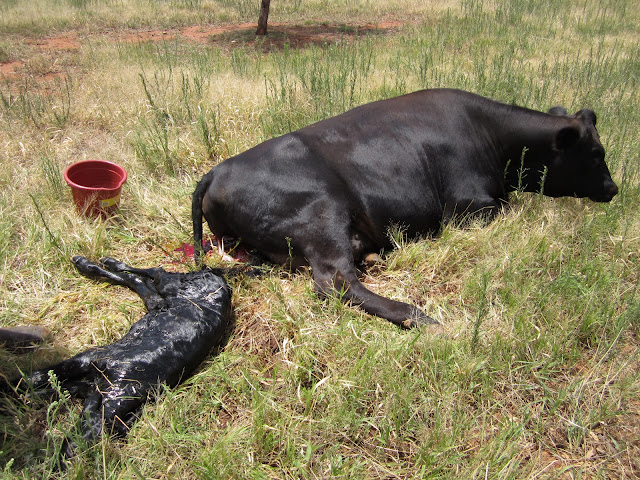 What a good mum!
Cleaned her up straight away. 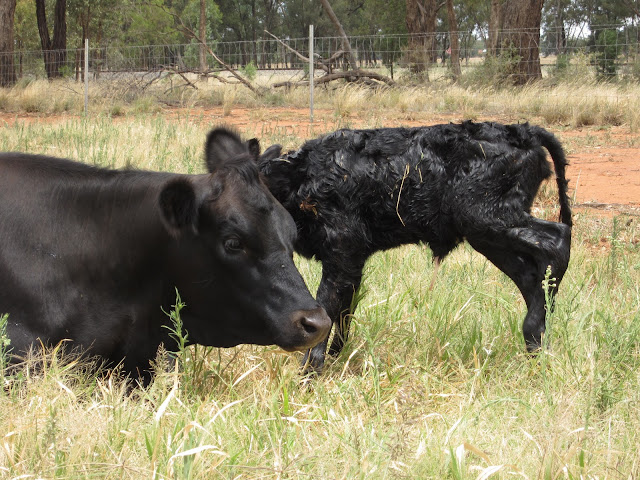 She came to investigate my camera
I named her Fluffy
(Damo tells me I shouldn't name her...this one is not for keeping) 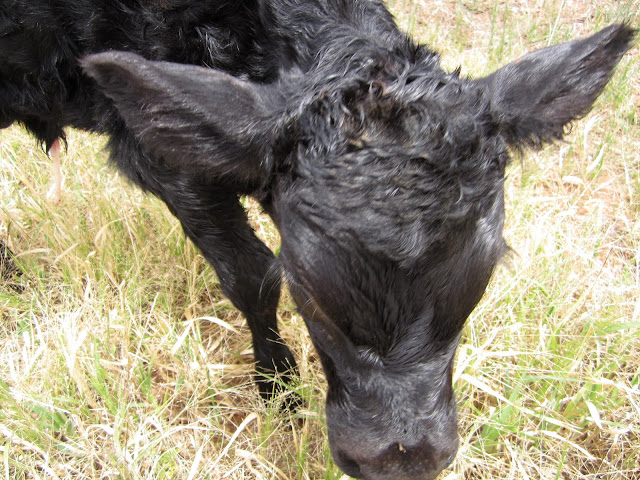 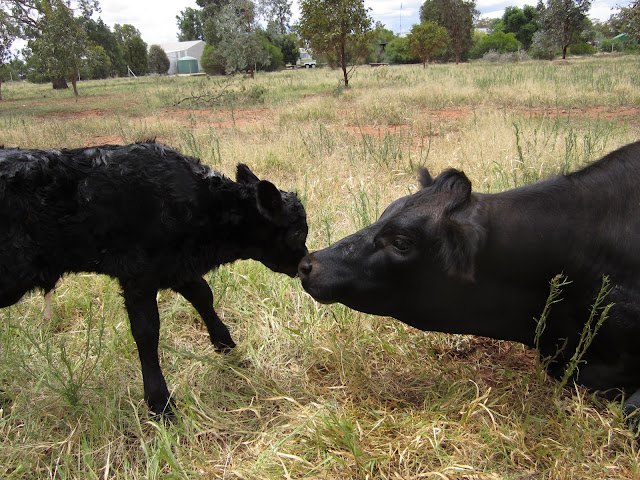 Chop's my very first pet sheep
(he is now a grand old age of 7+)
was sharing the isolation paddock with Chocco ~
was rather bored with the event,
(he hid his jealousy over me being excited rather well I think!) 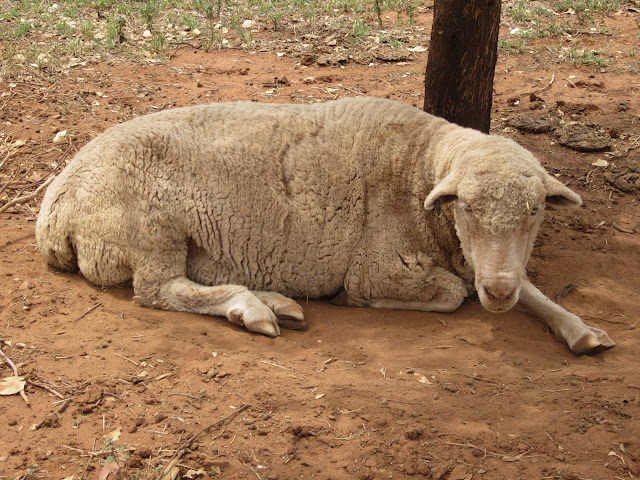 Poor Charlie!
I went over to tell her the good news: 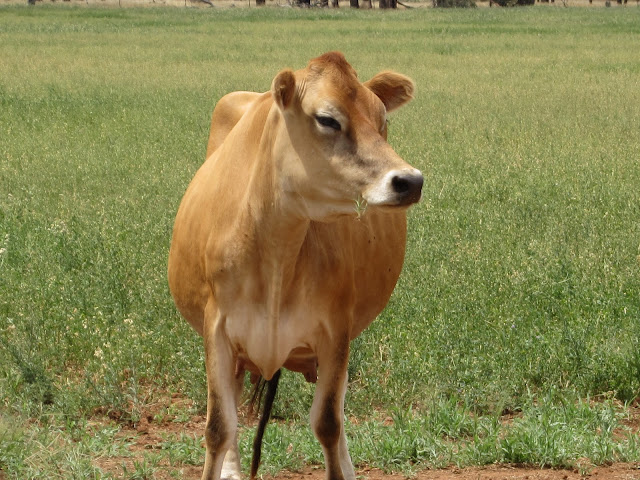 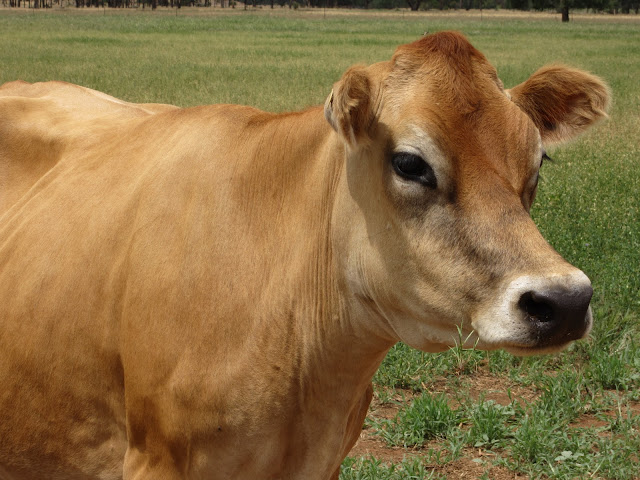 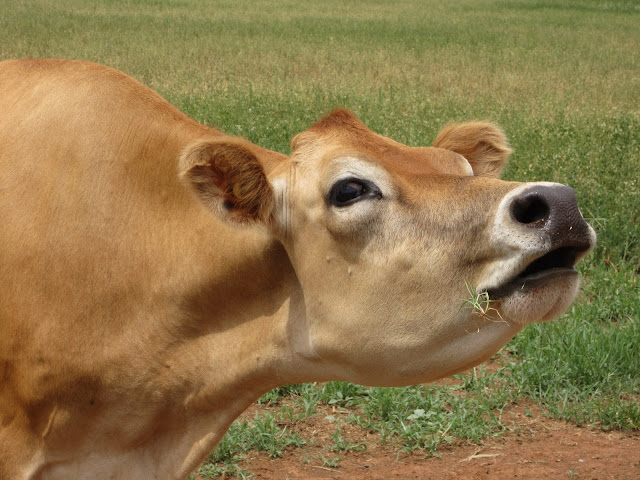 "No! I can't be" she explained
I'm only 4 years old!
Have a lovely day,
Happy Australia Day from here!﻿

I really enjoy reading what you think about our daily lives! Thanks for reading, Corinne.