CrAZy WInTeR dAYs since May! 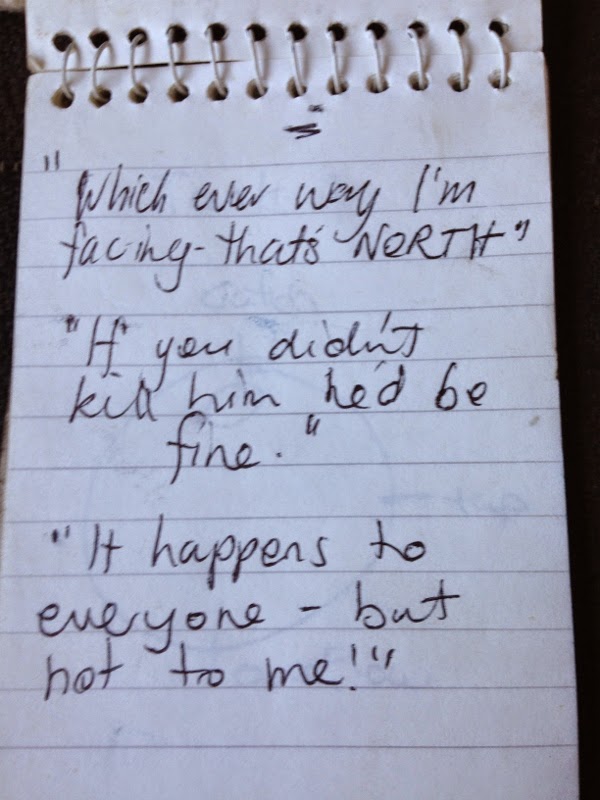 I thought I'd share something that I found while going through a little bit of TAX paper work.
I really hate doing our tax - I am never organised enough - and I always declare that I will be more organised the following year and I never am! arhhh!
Anyway,
thankfully I leave (on purpose ~ not really!) Funny little things like the picture above to amuse myself and make me laugh when I really do not feel like it :)
Our special girl Nettles was always saying things without actually thinking them through first. We started up a Nettleism book with all the things she used to say.
Beautiful Girl! 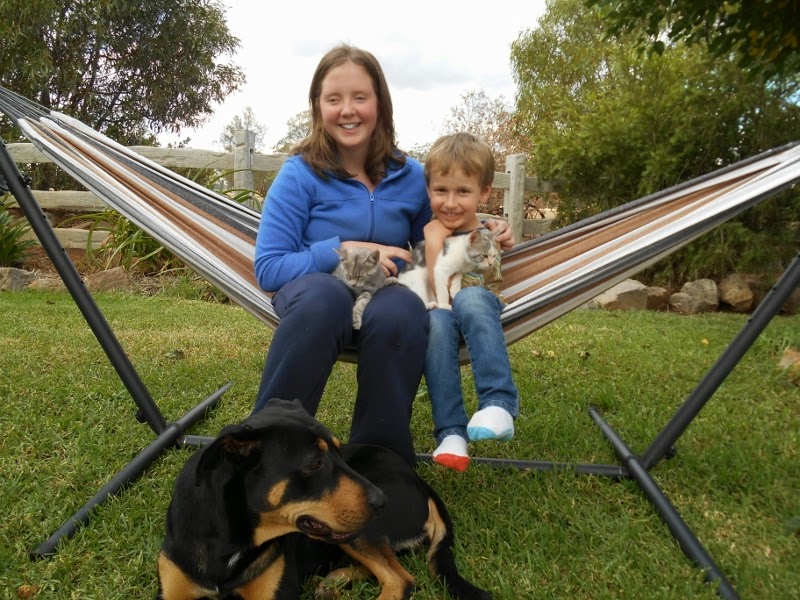 During March we agreed to do some short term care of a young girl ~ one day when I can I will write a bit more about this experience - but for now - it has been a learning curve and we have really enjoyed watching her grow and learn!
Short term has turned into 6 months and she feels like a part of our family. 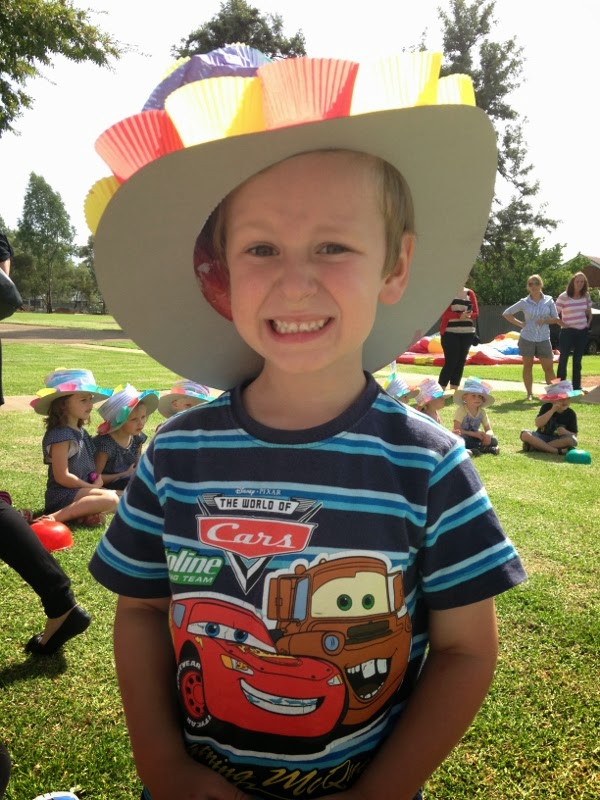 We had Easter hat parades (I know this was before May but who could resist this forced smile?!) 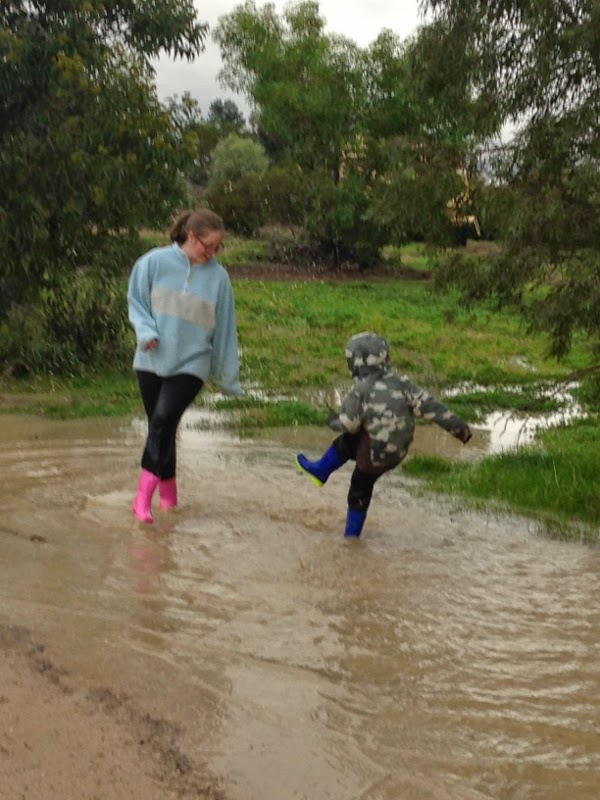 We had some good rain finally - we took the kiddos out to play in the water - it is a treasured memory - it doesn't seem to rain here all that often! Our little girl could NEVER remember playing in mud so Jacob had a great time introducing her to splashing in muddy puddles!﻿ 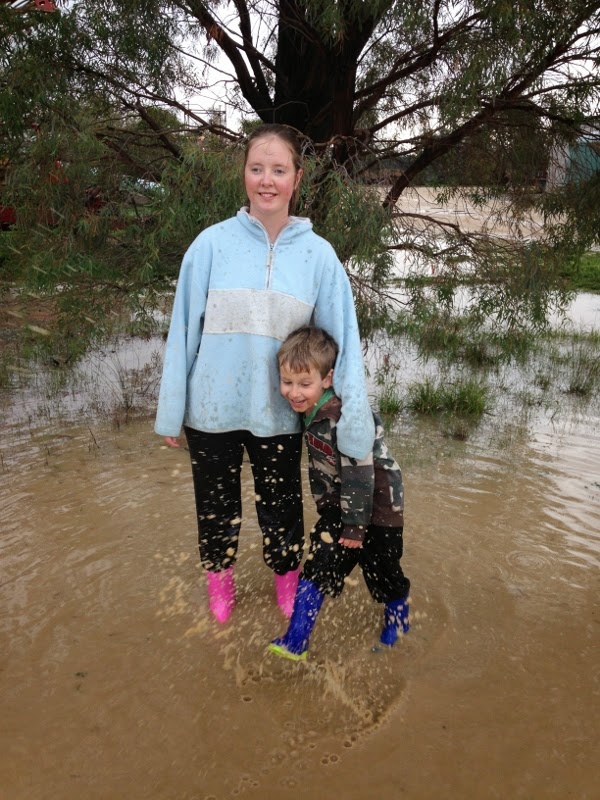 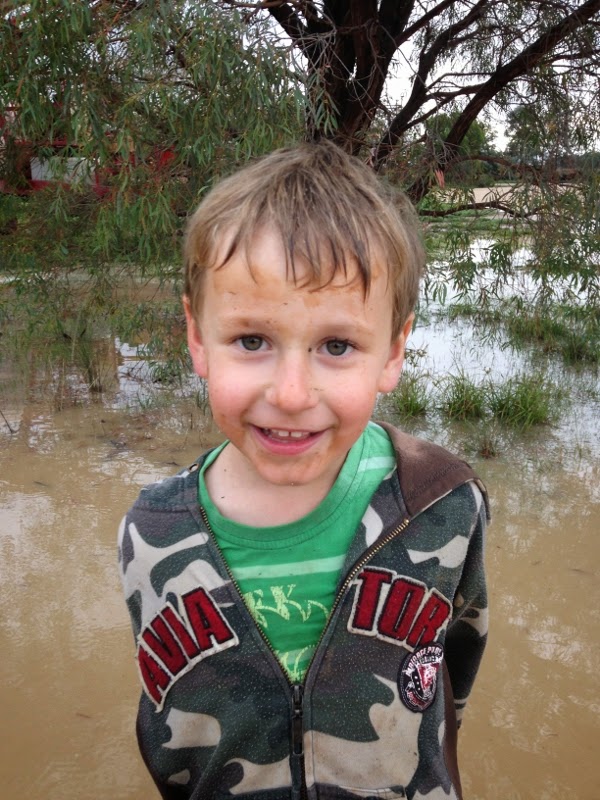 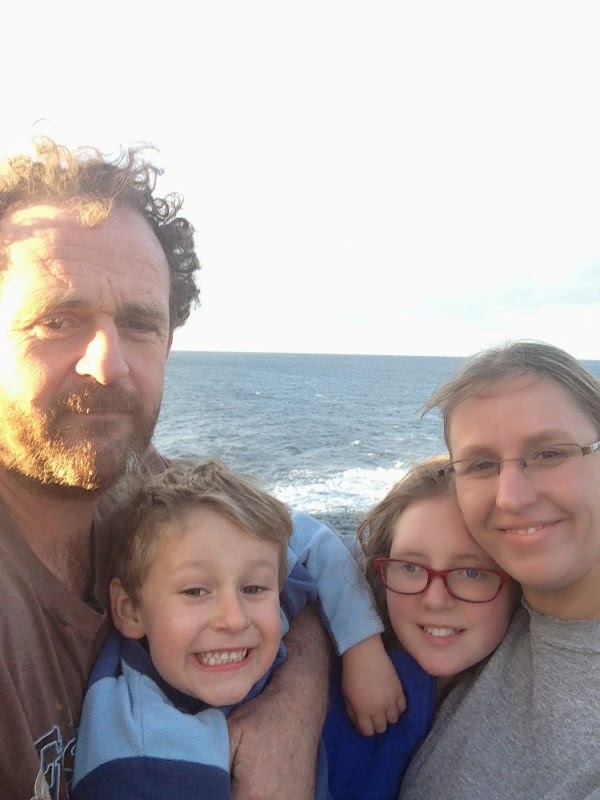 The long weekend in June we went up to help some good friends get their property ready to rent - it was a full on weekend of painting, tiling and fixing up. It was also a wonderful time of fellowship with blood family and Christian family. What a blessing!
﻿ 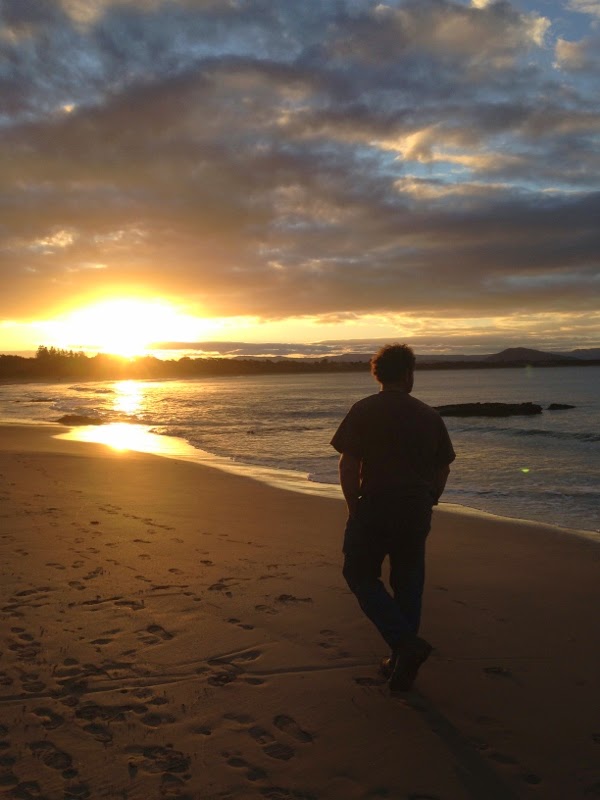 Jacob also managed to get his very first black eye on our weekend away by falling down some outside steps - it was a beauty! 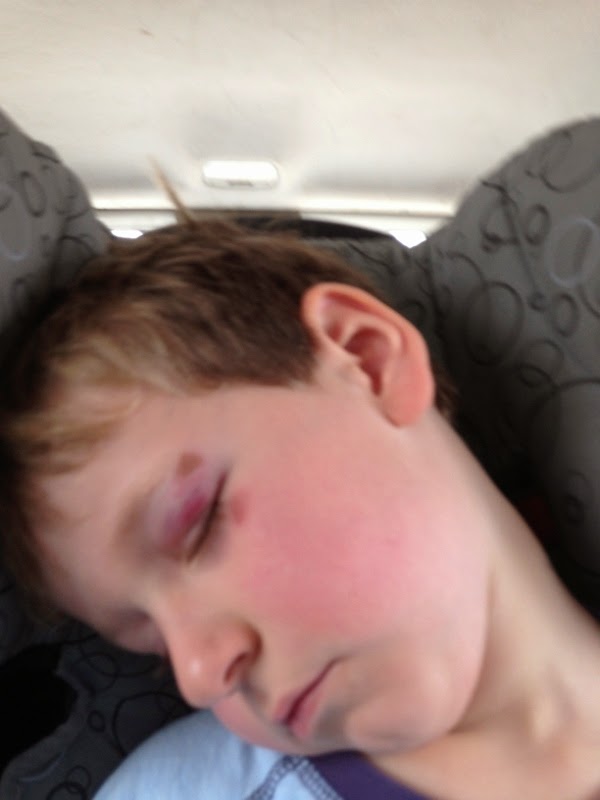 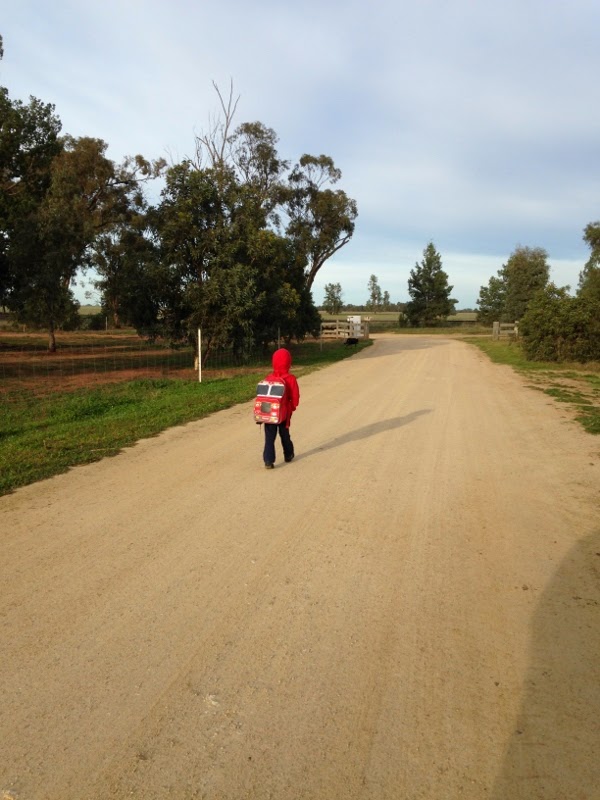 JB caught the school bus for the first time to preschool - it made going to preschool so much nicer - no tears, no worries !!!!


There were numerous other things going on - but most of them are worth of a post all of there own!
xxoo 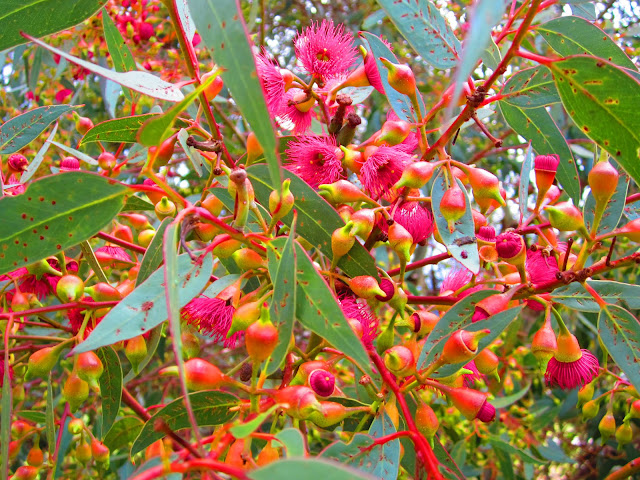 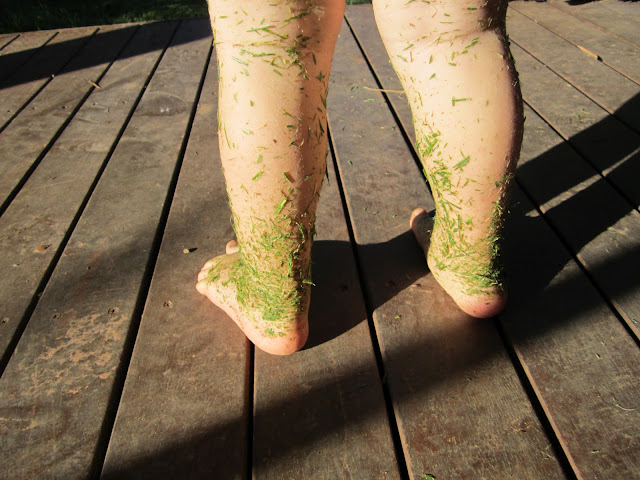 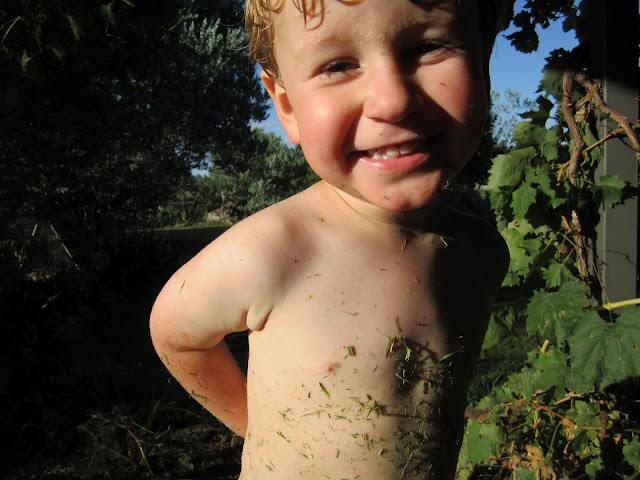 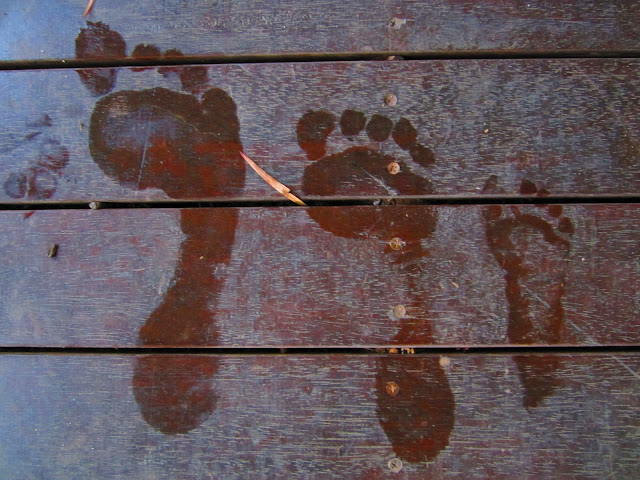 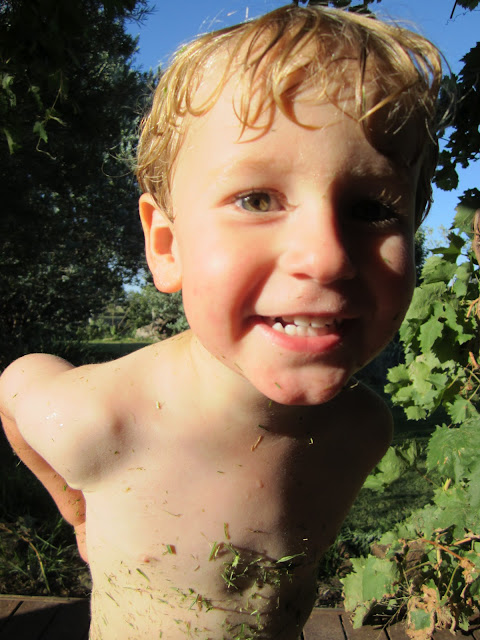 I decided that I really needed to keep a better diary of what is happening around here, on the "farm" and around our family.
It seemed very obvious when I had a look and saw the photos that I had loaded here (see below!) and I believe they were taken towards then end of October 2013!?
Even more so, when I looked back and I have no record of the exact time that we brought our new milk cow  'milky'.
Which is actually more frustrating than you might think.
You see the farmer that I brought 'Milky' off said that she would be due to calf around March... as of today this hasn't actually happened - even though she looks like she is quite pregnant and I have been assured by my good friend Renata that she definitely is!
Damien is saying that she has a phantom pregnancy...
Now if I had of actually kept a record of when at least I could say it was a possibility still or not! 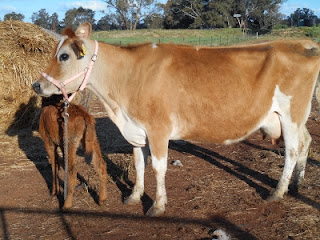 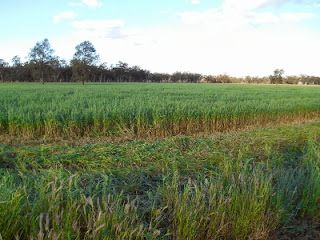 The other reason is that our family is growing and changing very quickly!
JB is 4 1/2 and is definitely acting like it!
He is getting so tall and enjoying being Daddy's big helper.
He started preschool as well, which has been a bit of a trial (for both him and me!) 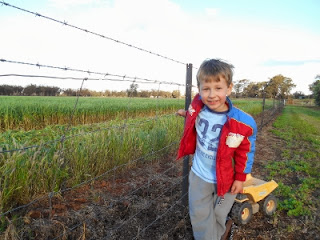 Our family has also grown in size!
As of March our family grew by one very cute teenage girl.
We are doing some Foster care and so far it has been quite an eye opener.
We are learning together and things have been quite smooth considering all that these poor kiddos have had to deal with.
So from now on I am going to try to be on here at least once a month
(I just typed moth... I shall endeavour NOT to allow it to gather moths before I am back on here!).
I will try to throw in some back dated things so at least we can have a photo record of what we have been up to over the past 12 months.
xxoo
﻿
Posted by Corinne & Damo at 6:54 PM No comments: 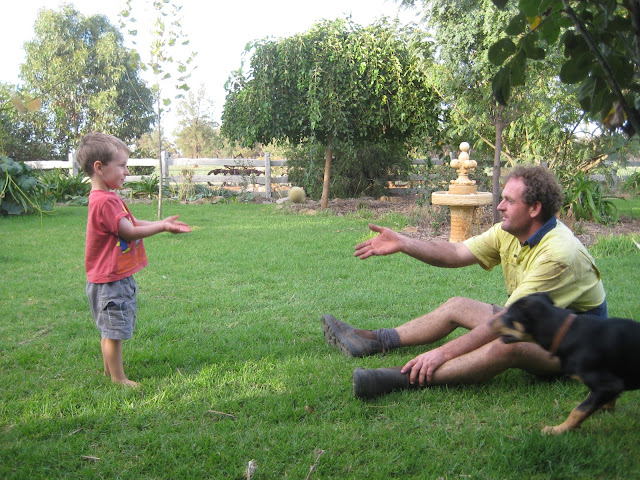 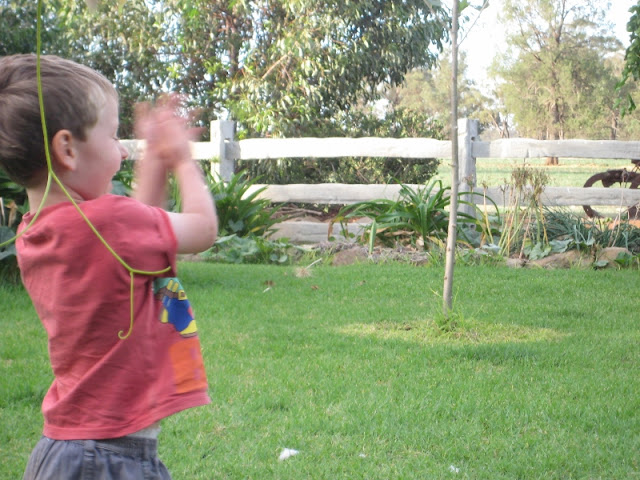 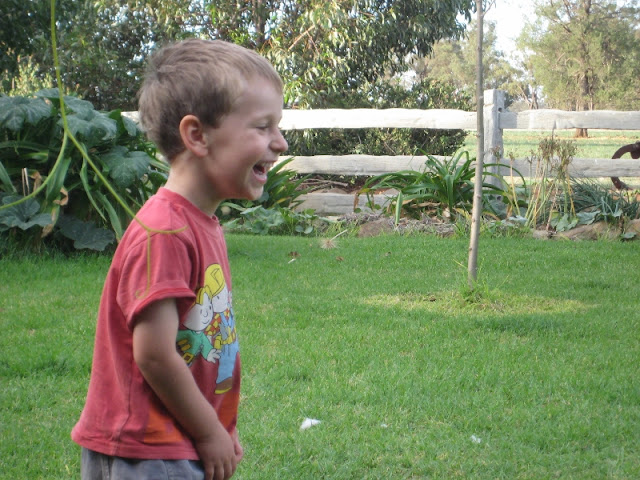 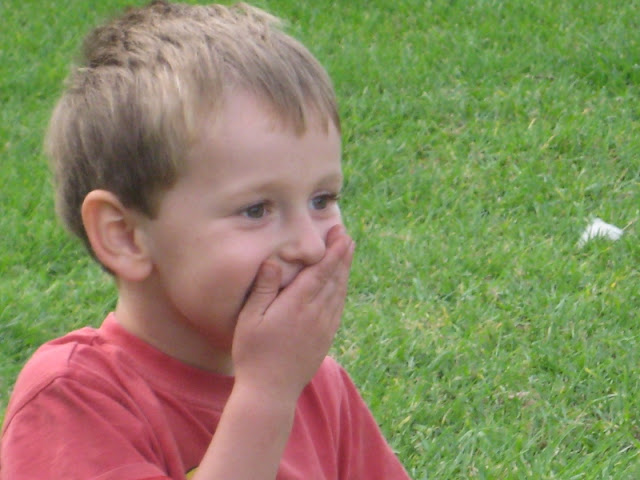 There is nothing like the delight
of a little boy
playing catch with
his Daddy
on a warm Autumn evening!
We are so blessed.﻿
Posted by Corinne & Damo at 3:18 PM 1 comment: